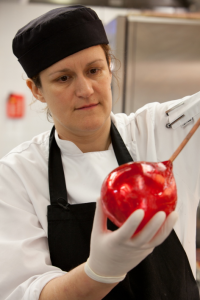 Stephanie is to feature in this year’s BBC Two series Great British Menu.  The challenge-to create a menu fit for a special banquet celebrating 25 years of Red Nose Day.

Great British Menu is back on BBC TWO at 7.30pm every week day from Monday 28th January.

Watch out for Stephanie on BBC TWO’s popular series Great British Menu. Steph is competing in the North East regional heat which transmits from Monday to Friday 18th February at 7.30pm on BBC TWO.

This year the theme for the series is Comic Relief.Britain’s best chefs from across the country are vying for a place in the final. The chefs’ challenge: to create a dazzling performance on a plate, food that is both gastronomic and witty and will put a smile on everyone’s face. 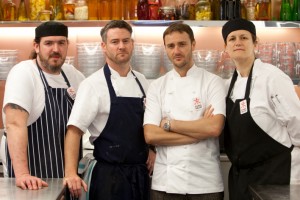 This year Great British Menu Does Comic Relief celebrates 25 years of the charity’s Red Nose Day. The charity has raised more than 800 million pounds through the power of entertainment and this year Britain’s premiere chefs are challenged to marry serious cooking with humour to celebrate the charity’s achievements.

As well as cooking their hearts out in the kitchen all the chefs are taking part in the first ever Menu Relief, where people can dine out at top restaurants around the country and at the same time raise money for Comic Relief. Rudding Park will be taking part in Menu Relief from February with a Comic Relief afternoon tea, also you have the opportunity to enter the competition to win Rudding Park’s Private cinema to watch the comic relief night on the big screen.

You can download the recipes for Steph’s dishes here.

If Steph makes it through to the final she is in with a chance of getting one of their dishes to a special banquet at The Royal Albert Hall. Guests will include the unsung heroes of charity work, as well as those who have benefitted from Comic Relief, andsome of the celebrities from the world of entertainment who have inspired us to do something funny for money.But first she must get pastJason Atherton (chef/judge mentor) . Only two chefs from the North East region will get to face the Great British Menu judges, Prue Leith, Matthew Fort and Oliver Peytonin the regional final. 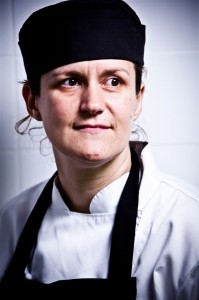 Last year the fight was on as some of the nation’s greatest chefs battled for the chance to cook a glittering Olympic banquet.

London hosted the summer Olympic Games. Great British Menu: The Olympic Feast gave the chefs a once-in-a-lifetime opportunity to create a special banquet to celebrate the Games coming to our shores and showcase contemporary British cooking at its absolute best. 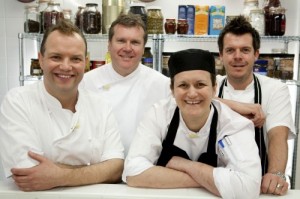 In 2010, up to one million people took part in The Big Lunch – a nationwide one-day event that encouraged people to cook and eat with their neighbours.

Inspired by this, last year the GBR chefs battled to create spectacular sharing platters, dishes that got everyone talking, proving that food has the power to bring us all together, for the most magnificent street party ever held.

Each week three chefs battled it out in the kitchen, for a chance to cook at the banquet.